Some of the most interesting musical discoveries are those made by pure chance - I was recently contacted by Benjamin Connelly, who has an interest in Buddhism and mentioned some fascinating details about a possible connection between ancient Indian & Sumerian culture which almost certainly extends to the realm of music and the 'Kinnor' variety of lyres of the ancient Near East! Here is what Benjamin had to say:

"it is interesting to note in a very old Buddhist text which dates back to 400 BC called "Atanitiya sutta" the holy land of the gods is placed in the direction of Sumeria. The tile of the text literally means "city if the sun". the city of the sun text. If I recall the Epic of Gilgamesh makes reference to the place where the sun rises, where the god shamash goes down and rises on a "sacred " mountain".

Even more fascinating, is the Buddhist reference to the "Kinnara": quoting from Wikipedia the kinnara was "a paradigmatic lover, a celestial musician, half-human and half-horse (India) or half-bird (south-East Asia). Their character is clarified in the Adi parva of the Mahabharata, where they say:

'We are everlasting lover and beloved. We never separate. We are eternally husband and wife; never do we become mother and father. No offspring is seen in our lap. We are lover and beloved ever-embracing. In between us we do not permit any third creature demanding affection. Our life is a life of perpetual pleasure.' 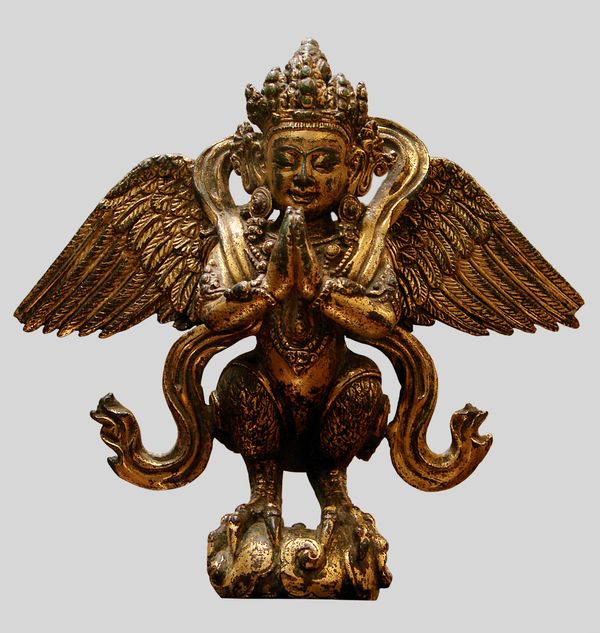 They are also featured in a number of Buddhist texts, including the Lotus Sutra. An ancient Indian string instrument is known as the Kinnari Veena.

In Southeast Asian mythology, Kinnaris, the female counterpart of Kinnaras, are depicted as half-bird, half-woman creatures. One of the many creatures that inhabit the mythical Himavanta. Kinnaris have the head, torso, and arms of a woman and the wings, tail and feet of a swan. She is renowned for her dance, song and poetry, and is a traditional symbol of feminine beauty, grace and accomplishment." 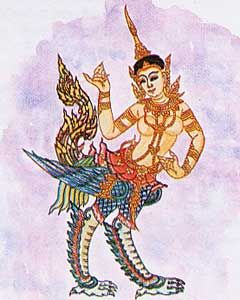 After some further research and online inquires of my own for ancient cross cultural connections between these far flung lands, Peter Pringle kindly pointed out to me a fascinating paper by Dr K.Loganathan, entitled "Indian Culture-Sumerian Beginnings - Sumerian Beginnings of Indian Cultural History", describing the extremely close connections between the ancient Sumerian language and Indian Tamil! To quote part of this paper:

"Overall I want to say that Sumerian IS Archaic Tamil and probably the prehistory of it is to be located in SE Asian countries including ancient India. Dr Winters claims Subsaharan origins and which cannot be ruled out. The Sumerotamil is directly relatable to the CaGkam culture of the Tamils in the S.India ( 800 B.C - 200 A.D) and that there must have been trade relationships between the Sumerian and some natives of S. India"

Might it even be possible, that the buzz of the Indian sitar is in imitation of the buzz which probably formed the mysterious timbre the 'Lyres of Ur', as seen in this fascinating video of the reconstructed Golden Lyre of Ur:


As I mentioned earlier in the section about the kithara of ancient Greece and Rome, in India, this distinctive buzzing timbre (the same which can be heard in the timbre of the sitar), has actually got a specific name to describe it: Jivari

These conclusions are of course, conjectural, but the evidence is certainly tantalizing! Cultures of the ancient world were far more closely connected than we think - eons before the the incredibly information transmission possible our modern Internet, back in antiquity, the "Information Superhighway" was ancient trade routes. It was indeed highly likely, as I discuss later in my examination of the Northern European lyres, that they were introduced into the wild of Northern Europe from their origin in the ancient Near East, some time in the bronze age, thanks to the ancient trade routes between the Near East where there was mass production of bronze, and the wilds of Northern Europe, which provided the supply of tin necessary to manufacture this bronze.

2. EVIDENCE OF CROSS-CULTURAL CONNECTIONS BETWEEN ANCIENT INDIA AND ANCIENT GREECE

There is also evidence linking the emergence of the ideas expounded by the first ancient Greek philosophers that we alone are responsible for our own destiny, with the simultaneous emergence Buddhist philosophy in India, with strikingly similar ideas at its core - this fascinating possibility was discussed by Michael Goldfarb in his 2014 BBC Radio 3 series (which also featured one of my arrangements of ancient Greek music!), called "Faith Without God". Here is a description of the broadcast notes:

"In this two-part feature, Michael Goldfarb investigates one of history's most remarkable coincidences: the first Greek philosophers, the Buddha and Confucius all lived at precisely the same time, the 6th century BCE. What they had in common was they were the first to create thought systems in which Man, not the Gods, was the measure of all things. It was arguably civilization's greatest leap forward. Yet, despite their teachings these thought systems became faiths anyway.

Why this coincidence? Were these thinkers in touch with one another? How did these teachings become religions?

In part one, Michael Goldfarb travels from the Aegean, to India and China interviewing archaeologists and scholars about the real lives, not the legends, of Buddha, Confucius, Thales and Pythagoras and the societies these epoch-shattering thinkers emerged from. He asks whether they might have been sharing ideas across the Asian landmass."

Indeed, for an example of a specific ancient connection between India and ancient Greece, it is well documented that the ancient Greek philosopher Pyrrho actually studied under the Gymnosophists in India.

There are several definitive examples from Roman cuisine, that black pepper from India was imported along ancient trade routes to all corners of the Roman Empire - a good example of this, being the wonderfully ornate pepper pot (piperatorium) found in the Hoxne hoard, from Hoxne, Suffolk, Roman Britain, buried in the 5th century AD: 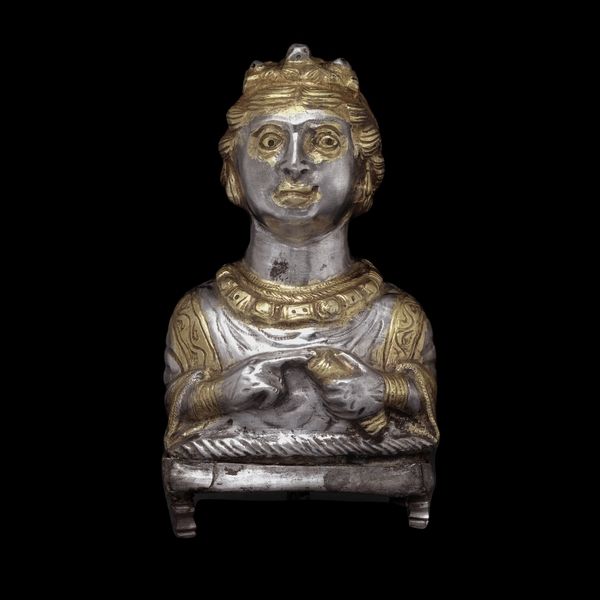 Quoting from the British Museum website regarding this beautiful artifact,

"Pepper was first imported into the Roman world from India in the first century AD, but piperatoria, the special containers for this expensive spice, are very rare finds. This example takes the form of a hollow silver bust of an Imperial lady of the late-Roman period."

4. THE POSSIBILITY OF AN ANCIENT CROSS-CULTURAL CONNECTION BETWEEN ANCIENT INDIA & ISRAEL?

Another fascinating possibility which can at least be speculated upon, from this clear evidence of at least a culinary cross-cultural connection between ancient India and Rome, is that since in classical antiquity, Israel was indeed a just another province of the Roman empire, just possibly, this could add to some tantalizing threads of potential evidence , that the biblical lyres may have had a buzzing 'jivari' timbre, could even be due to a further musical cross-cultural connection between ancient India and Rome?

Is it just possible, that the biblical Kinnor lyres of Judea and the Kinnara of ancient India, may be related?

Indeed, besides the obvious similarity between the sound of these two words, as I argued earlier, in my examination of the Biblical kinnor, there is also evidence to suggest that the 10-string biblical lyre known as the kinnor, also produced a similar distinctive 'jivari' buzzing timbre, which I inferred from the highly onomatopoeic-sounding ancient Hebrew words "zemer" (melody) and "mizmor" (psalm). Could these words actually sound like the timbre of the biblical lyre which once played the melodies and psalms to which these ancient Hebrew words refer to?

Whatever the facts behind the tantalizingly thin veil of evidence, the far-flung cultures of antiquity were far more closely woven than we at first would imagine!

From all over the ancient world, via ancient trade routes, literally the 'Information Super Highway' of antiquity, we have seen that there are clear examples of language, philosophical, religious ideas, mythology and cuisine which cross far flung lands and cultures as diverse as India, Sumer, Greece and Rome - it is therefore almost certain that both the music and musical instruments of these ancient cultures influenced each other in their development, just as this has happened throughout history, for example, the fusing of African blues and American country music to form the foundation of rock n' roll!